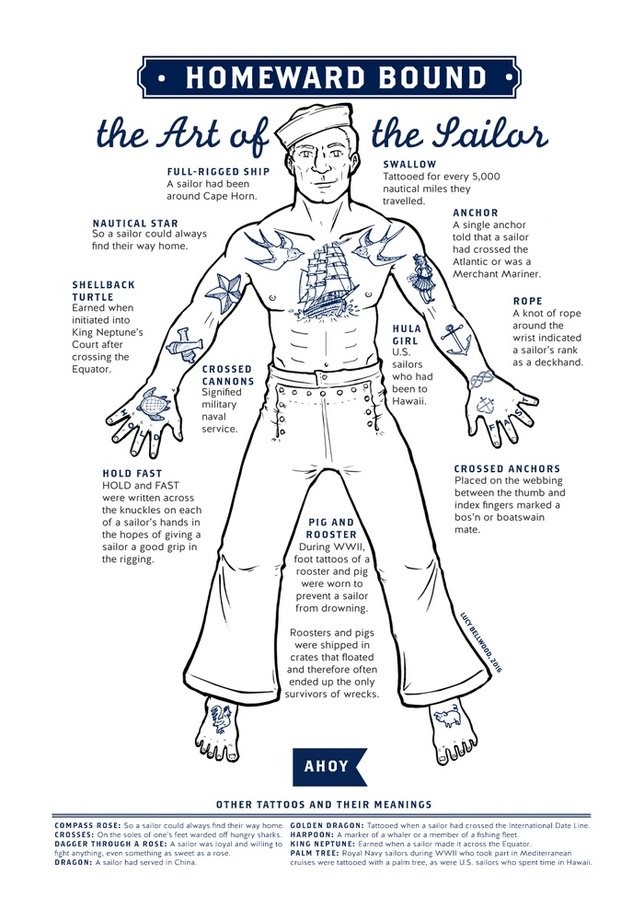 The Art of the Sailor

We take a look at the traditions of tattoos in the seafaring community and their meanings.

Sailing culture is rich in tradition and superstition, tattoos have become one of the more popular traditions among mariners. Often described as a graphic language, tattoos are a way for seafarers to express themselves through body art as well as a means of identifying themselves across languages and cultures. Over the years tattoos have been used to record important events or experiences, to identify naval hierarchy, rank, status, membership and other significant life events.

Examples of popular symbols within the seafaring community are:

There are many other meaningful traditional tattoos for sailors – which can you think of? If you’d like to share your tattoos with us tag us on Instagram @cmrjobsatsea or #cmrjobsatsea and we’ll share them!

Artist Credit Lucy Bellwood: You can purchase this print if you like it!