Nessie, mermaids and whistling pigs: we explore a few of the myths of the sea!

Do you believe in mythical beasts, folklore, and superstition?

Whether you do or don’t, if you dive deep, you can find a lot of interesting stories out there that might just put a shiver down your spine. 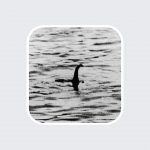 Do you believe in sea serpents?  Well, you should because many of the CMR team have sighted Nessie on the bonnie banks of Loch Ness, in the Scottish Highlands and Nessie spotters are out on the loch regularly with drones and sonar equipment, desperate to catch a glimpse.

The reality is there may not be the scary, mythical creatures portrayed in many graphics and images, but instead real animals such as oarfish or giant squid. 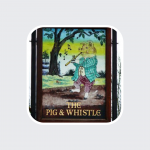 If you get a kick from sailing in bad weather, then whistle away, otherwise it should be saved for when your feet are firmly on shore.  It is believed that whistling on board brings bad weather to the seas and is almost guaranteed to summon a storm.  Apparently, the word ‘pig’ was also unlucky to use at sea.  That’s why you’ll find many a mariner on shore, whistling along to their favourite song in The Pig & Whistle pub. 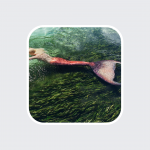 Half human, half fish, what’s not to believe? The infamous, Christopher Columbus, saw three mermaids ‘leaping a good height out of the sea’. He found that they are ‘not so faire as they are painted’, but many seafarers have spoken of their beauty and siren-like qualities.There’s mixed reviews on whether the Mermaids are helpful or harmful, so we think it’s best to keep your distance, and admire from afar. 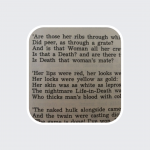 The Rime of the Ancient Mariner

If you know what’s good for you, you won’t kill an albatross!  As the albatross can fly long distances without flapping its wings, soaring up and down using surface winds to glide, sailors used to believe these birds were supernatural & held the souls of lost sailors, so they held the sea birds in high respect. To kill one would bring bad luck to the crew and the ship [source: Wells].  This superstition lies at the heart of the 1798 poem The Rime of the Ancient Mariner by Samuel Taylor Coleridge (1772-1834). 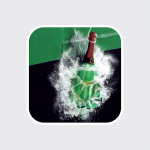 Everyone knows that when a boat is launched, it must pay tribute to the gods of the sea… a long time ago, human blood was the celebratory liquid of choice to launch at the ship, but in these modern times a nice bottle of Feuille Puisse or Veuve Clique to be thrown at the ship instead.  The boat is always given a female name and referred to as she, because the ship was becoming the bride to Poseidon or Neptune. 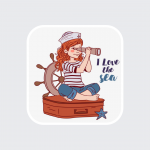 The ship might be referred to as a female, but until the early 1900s, women were not welcome onboard as they were considered unlucky, unless they were naked or pregnant, of course.

This is why the figurehead on the front of the ship is always a scantily clad female, as she is believed to calm the stormy seas! 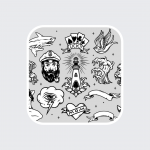 There is a sailor/tattoo cliché out there in the world, but this was not just a story of aesthetics for the mariners.  Typically, sailors were seen to have tattoos of crosses, hearts, flowers, etc as they act as good-luck charms to ward off evil.  And Poseidon really likes them. You can read more about traditional seafaring tattoos here. 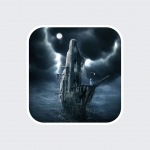 Legend says, ghost crews, manned ghost ships and the story of Captain Van der Decken and The Flying Dutchmen, some say the British fabricated this story to expose the Dutch morals as evil, but we think Captain Van Der Decken is a real ghost captain.

There are hundreds of myths out there, what’s the spookiest/funniest/most unrealistic one you have come across?