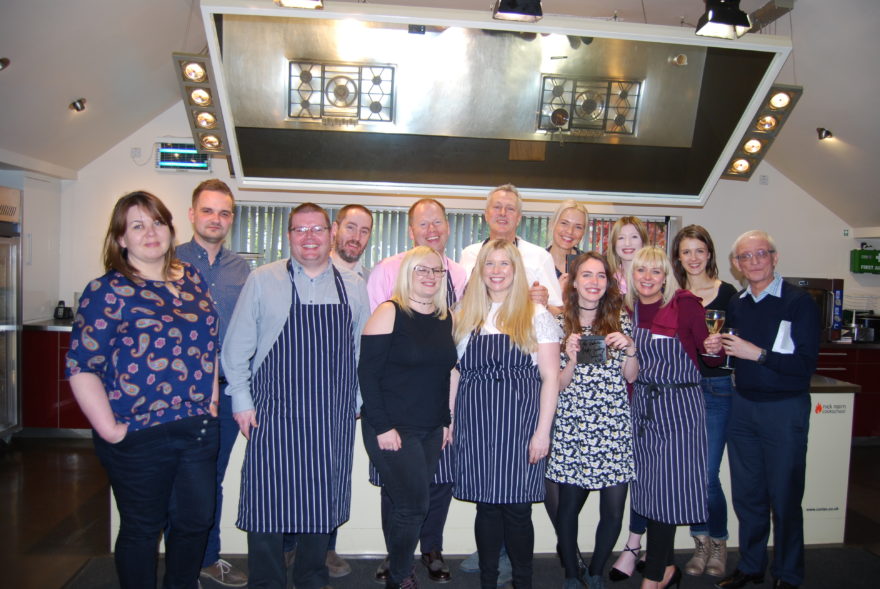 Every year CMR host a Strategy Day, which brings staff from all our offices together to assess how we have done over the last year and what we can do to improve the following year in regards to both our clients and candidates experience.

This year Strategy Day was hosted on the 29th of April at the Nick Nairn Cook School in their flagship venue in the idyllic Port of Menteith, Stirling.

It turns out that the location of this year’s Strategy Day was an aptly choice. Nick was an ex-seafarer who did his cadetship under Jim Grey (both originally from Argyll), who in turn was later employed by CMR’s current Managing Directors father, David Livingstone.

Nick discovered his love of global cuisine when he answered an advert for a Navigation’s Officer in the Merchant Navy. 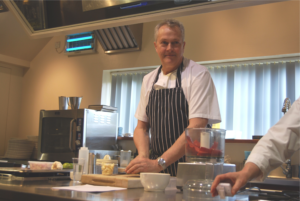 Upon returning to Scotland to study at the Glasgow College of Nautical Studies, Nick found himself experimenting in the kitchen to recreate the exotic dishes he had tried on his travels.

Soon his fascination developed into a consuming passion and in 1986 Nick opened his first restaurant.

As word of Nick’s cooking spread he stumbled on into the world of television. One of Nicks most notable accomplishments was when he took part in three seasons of the Great British Menu, winning the Scottish round in season one, and making it through to the final round of the programme,

Ultimately, Nick was voted for by the public to cook the main course at the banquet for the Queen’s 80th birthday.

Most recently Nick has been filming Paul & Nick’s Big Food trip – which is now in its fifth series – with his friend and fellow chef Paul Rankin, in Canada.

It was Nick’s desire though, to spread his knowledge of cooking good and simple food which brought about the opening of the Nick Nairn Cook School in April 2000.

Nick’s school has built up a well-deserved reputation as a foodie’s heaven and it’s clear to see why.

After spending the morning going through our objectives for the coming year, we were taken into Kitchen classroom to cook our lunch. Nick upon starting with cooking class was warm, welcoming and hysterical from start to finish. 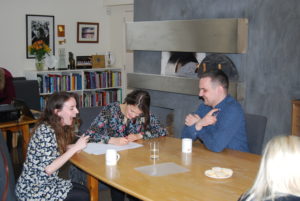 Our Recruiter Valerie with Anna, our Office Manager from our Polish office and our Crew Coordinator Artis, from our Latvian office.

Our meal was Chiang Mai Chicken Curry and Lemon Posset for our dessert. Nick showed us how easy and simple it is to create delicious meals. 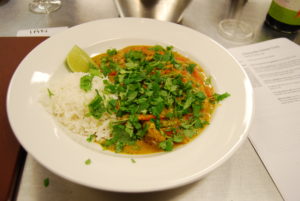 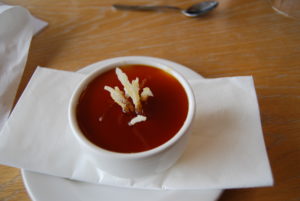 After showing us what we had to do we were put into pairs and set off on the CMR MasterChef’s and Kitchen Nightmares Competition.

were the MasterChef’s and who were the Kitchen Nightmares.

The results were announced after our lunch – which we had expertly cooked ourselves after Nick’s insightful lesson. 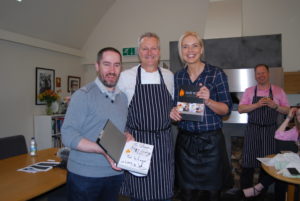 Steve and Inta receiving their prizes from Nick 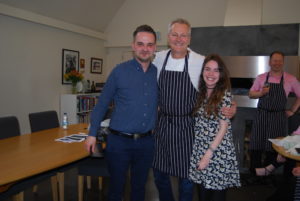 Artis and Valerie with Nick

Overall we had a fantastic day at the Nick Nairn Cook School not only learning how to cook a simple yet delicious meal but also setting our objectives for the coming year.

To find out more about the service Clyde Marine Recruitment can provide please click here or email your enquiry to recruitment@clyderecruit.com

If you’re a candidate that would like to register with Clyde Marine Recruitment please email your CV to register@clyderecuit.com or head to vacancy section of our website by clicking here now.