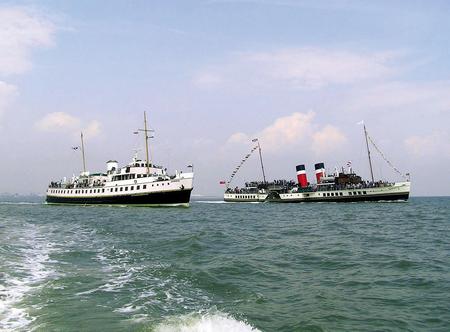 Throughout this 2015 season both vessels have encountered many days, in some cases weeks, of severely adverse weather right around the coasts of Britain – most notably causing the complete cancellation of “Waverley’s” Scottish Western Isles and “Balmoral’s” Isle of Man cruising programmes. This was particularly crucial in the case of “Balmoral”, which only returned to service in June 2015 with a fresh operating team in charge after spending the two previous seasons slumbering in lay-up within Bristol’s historic City Docks.

However we are pleased to report that both vessels ended the season in good heart, with the operators already actively planning for their 2016 seasons and the crew-members looking forward to returning to their vessels next Spring.